Taiwan Institute of Economic Research (TIER) announced the November manufacturing index on Thursday, signaling that the overall index rose by 0.14 points from 15.14 points revised last month to 15.28 points in November. The index signal, representing the state of the manufacturing index, has remained in the green index for two consecutive months now.

The application of emerging technologies and the continuous expansion of digital transformation have led to double-digit growth for imports and exports, export orders, and production, which has boosted the performance of raw material input indicators. While there are unfavorable factors such as high inflation and governments looking to enact tighter monetary policies, the electronics industry's profit outlook has improved, prompting optimism among foreign investors regarding Taiwan's stock markets.

Although the Delta variant virus was still raging worldwide, Omicron's new variant has spread rapidly in Europe and the United States, causing many countries to reinstate epidemic prevention restrictions. The imposed restrictions are expected to hit the growth of global demand and further disrupt the already disrupted supply chains, and hence, the economic recovery efforts.

The electronic components industry greatly benefited from the continued demand for 5G applications, automotive, and other related chips, while the annual growth rate of exports, export orders, and production continue to show double-digit growth. However, some customers have adjusted their inventory. The comparison base period has increased quarter by quarter, affecting the performance of selling prices and raw material input, making the industry's business climate indicator in November continue its October performance as a green light signal, representing a flat business climate.

In the machinery and equipment industry, thanks to the increased willingness of domestic and foreign manufacturers to invest in equipment, the production of electronics, automation, and other equipment continued to grow. The production index hit a historical one-month high, and the export and export orders also showed double-digit growth. Still, the high prices for raw materials continued to hinder the performance of the cost side, causing the industry's business climate signal to maintain the green light in November, a continuation since September.

TIER said that overall, November will still benefit from increased year-end consumer demand, driving exports, production and export orders, and other indicators continue to strengthen, but the supply chain bottlenecks such as the lack of cabinets and port clogging remain to be resolved, while prices will continue to rise.

On a brighter note, last year's base period has increased quarter by quarter. About 60% of manufacturing manufacturers are looking at the economic performance of the next six months in the same way. Although the mortality rate of the new variant virus Omicron does not appear to be too serious, its rapid spread speed has caused many countries to restart control measures, causing worker shortages that may further affect the global supply chain.

The manufacturing index for November sent out the third green light that represents a flat growth this year. TIER said that the index in November was not only higher than in October and February but also better than in the past few years, showing that the current manufacturing industry's performance is still stable.

Looking to the future, TIER pointed out that the U.S. Federal Reserve's recent announcement of accelerating the reduction of debt purchases and hike interest rates three times in 2022 in a move to cool growth will lead other countries to follow. TIER expressed concern about whether the policies will trigger a financial crisis in emerging economies with high foreign debt.

Especially in China, where the problems in the real estate market problems are already a cause for worry, the spread Omicron causing major hubs like Xian to shut down have sparked further alarm. Xian is a major hub for producing memory chips, automobiles, high-end equipment, new materials, and new energy. Suppose China fails to control the spread in such a major hub effectively. In that case, there are worries that it will trigger another supply chain crisis and mirror Wuhan's situation in the early days of the pandemic. 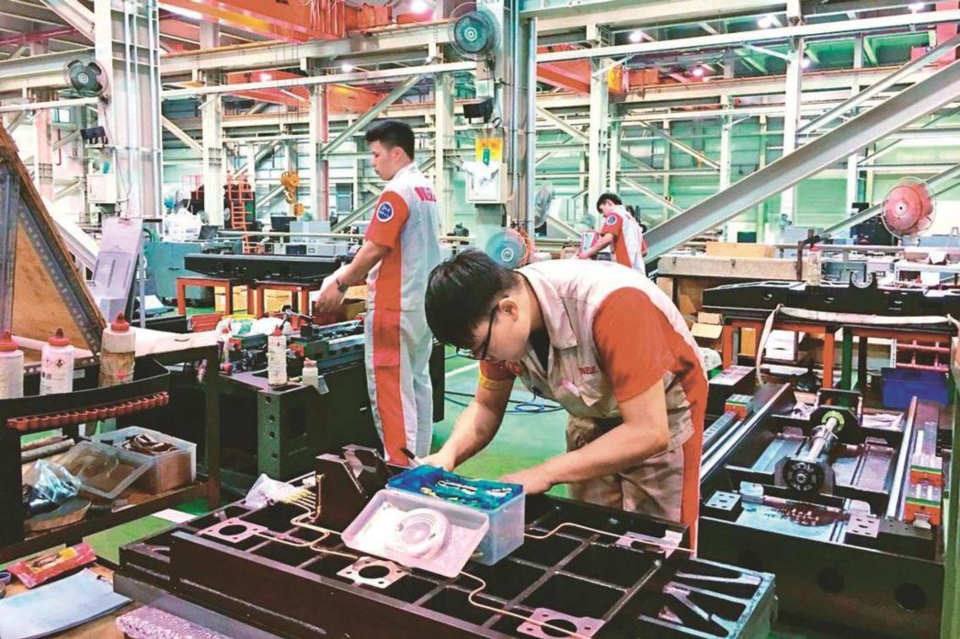