Tai-Shing Electronic Corporation, established since 1984, became a listed company in 2016.

With nearly 40 years of experience in the production, research, design and manufacturing of solenoids and solenoid valves, Tai-Shing has always been capable of providing ODM/OEM services with high quality and reliability product, and building an excellent reputation overseas.

Tai-Shing has a professional R&D team and has integrated advanced simulation software capabilities into its operations, ensuring the company can meet customer requirements and specifications in the early stage of customization.

The application of solenoids, solenoid valves and relays have been used wisely in all market segments such as industrial, energy, automotive and smart life industries. 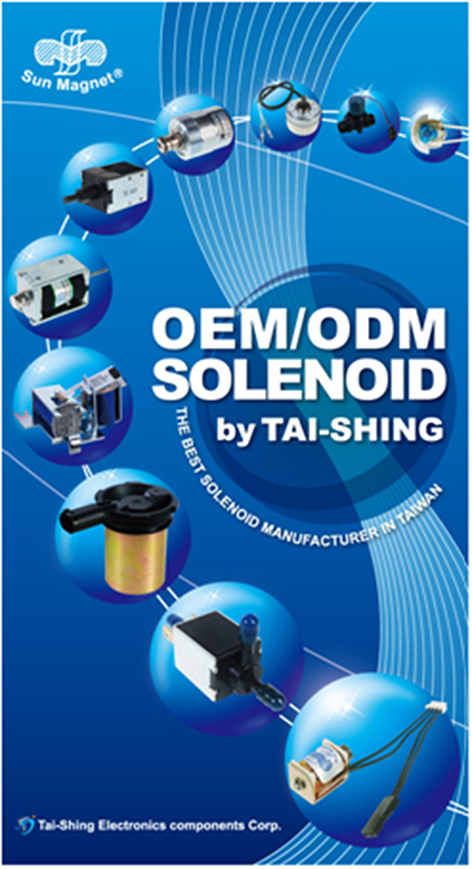