The new regulations on shipping carbon emissions are set to come into effect next year, and with the number of global container ships over 20 years old will reach 8.2%, experts warn there will be a wave of elimination of old ships starting as early as this year.

However, the supply and production of these ships have been hampered by China's strict zero-COVID policy and the Russian-Ukrainian war, leading to a 42.3% quarterly decrease in the number of new ships on the other side in the first quarter. Shanghai and Jiangsu's lockdowns have led to the near shutdown of Jiangnan and Hudong shipyards, and even the launch of aircraft carriers has been delayed. Next year, the capacity will be tight, likely worsening the current situation.

According to the latest statistics, the number of global container ships more than 20 years old accounts for 8.2% of the worldwide total. The International Maritime Organization (IMO) latest decree at the Marine Environmental Protection Committee that from 2023, it will be mandatory to regulate the carbon emissions of shipping companies. Many shipping companies plan to sail older ships at a reduced speed to meet carbon emission standards; others have evaluated market competitiveness and are not ruling out dismantling and exiting the market.

Shipping companies pointed out that the addition of new ships next year will affect the changes in the shipping market, and they are worried that the freight rate will drop. In fact, the supply of ships will increase in 2023, but it will not be as high as estimated by various professional institutions. It is also necessary to observe the withdrawal of old ships from the market. In particular, the new environmental protection ship regulations are slated to kick off in 2023, and stricter carbon emission regulations may accelerate the refit or withdrawal of old ships from the market, which will affect the number of global ship supply next year.

Shipping research institutions Alphaliner, Drewry and Clarksons previously estimated that the global demand for container ships would grow faster than the supply in 2022, that is, the supply of shipping companies will not keep up with the increase in demand in 2022; Wan Hai and Evergreen have added a lot of new orders for ships. In 2023, the growth rate of global ship supply will be higher than the market demand.

Both Evergreen and Yang Ming believe that there will be many variables in the shipping market in 2023. According to statistics from international professional investment institutions, although the entry of new ships next year will cause pressure, the number of global container ships over 20 years old will reach 8.2%. Further, the capacity of container ships will still be tight next year.

According to the analysis of the shipping industry, in the long-distance route between the Far East and North America, freight suppliers estimate that one or two ships must be added to each voyage in response to the new regulations. 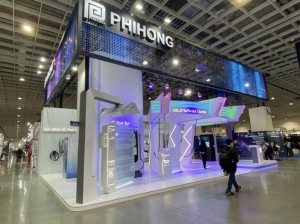 The demand for electric vehicle (EV) charging infrastructure is seeing a significant boom as EV sales grow. As such, companies across different sectors are teaming up in cooperation to accelerate the EV movement, including TECO and Phihong Technology. Under the two companies' newest initiative, the plan is to expand new production capacity into North America, with the aim to begin test product...